“Get your geek on at York Unleashed Comic-Con!” Sunday 28th August 2022 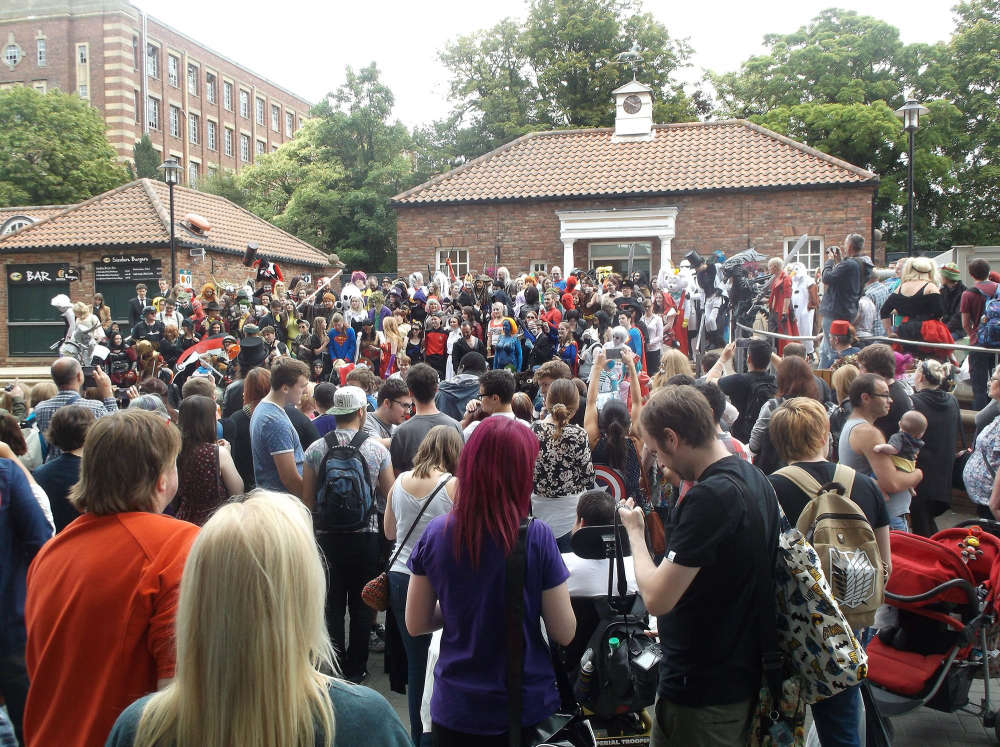 ​​​​​​​Unleashed Events are back at York Racecourse hosting another fun and friendly celebration of all things geeky!

Unleashed Events are back at York Racecourse hosting another fun and friendly celebration of all things geeky!  This is the big one!  On all 6 floors of the Knavesmire Stand, it’s the perfect day out for all the family as it is filled to the brim with media guests, movie scene attractions, costume characters, movie vehicles and so much more for you to enjoy!

Will Mellor, of the cult British sitcom ‘Two Pints of Lager and a Packet of Crisps’, will be at the event and available for fans to meet on the day.   Will is also known for his roles as Jambo in Hollyoaks, Steve Connolly in Broadchurch, Georgie in Barking! And Ollie Curry in White Van Man and more recently in the ITV soap Coronation Street as Harvey Gaskell.  Joining Will is Game of Thrones actor, Tony Way, who worked alongside Ricky Gervais as Lenny in all three seasons of After Life as well as having the role of Ser Dontos Hollard in Game of Thrones.  Dylan Llewellyn may be the ‘wee English fellow’ in the popular sitcom Derry Girls but you can’t miss him at York Unleashed.  Dylan, like Will, was also in Hollyoaks as well as having appearances in The Bill, Holby City and Call The Midwife.  A treat for Star Wars fans is the opportunity to meet Samantha Alleyne (first female Stormtrooper), Silas Carson (Jedi Master Ki-Adi-Mundi) and, making a very rare appearance is John Fensom who was the person inside the costume of TC-14, a protocol droid.  Last but certainly not lest is Billy Mansell.  Billy is a great lover of comic conventions as it was attending as a cosplayer that kick started his acting career.  Billy has had roles in Alien Covenant, Snatch and Mission Impossible.  All guests will be available at the event to meet, sign autographs and have photo’s taken with.

Get your camera ready!  Have the look of horror on your face as you slide inbetween the pearly whites of the Amity Island giant, great white shark Jaws! Or don a pair of 3D cinema glasses as you sit amongst the cute (and not so cute!) little critters aka Gremlins!  Any young (or maybe not so young!) Jedi Masters won’t want to miss the opportunity of sitting on the throne of the infamous bounty hunter, Boba Fett or posing alongside the Mos Eisley Misfits or the Rebel Legion, two amazing Star Wars costuming groups.  The photo opportunities don’t stop there as around the venue you will see loads of Superheroes along with Ghostbusters, the massive Marvel Hulk Buster, Transformers Bumblebee, Iron Man and Spiderman…...a great opportunity to grab those ‘wow-factor’ Instagram photos!

As you wander around the building make sure you check out the impressive Lego display, join in with the table top gaming or have fun in the activity areas.  The geeky enjoyment doesn’t stop there as in the courtyard you will find movie vehicles, an inflatable shooting range, face painting and dinosaurs.  As well as guests and attractions there are comic creators, authors and loads of geeky traders with tons of geeky toys, Funko Pops, comics, collectables, art, jewellery, gaming and so much more…there is something for everyone!     You can also enhance your day by coming along dressed as a TV, movie, game or anime character or simply just come along and enjoy what is on offer!  However, those in costume can enter the cosplay competition with the opportunity to win some fantastic prizes!

Sharon Hall of Unleashed Events “It is great to be back in York with our biggest event ever!  This is the day that brings together an eclectic mix of all things geeky.  If you are interested in sci-fi, superheroes, fantasy, anime, gaming, steampunk, cosplay, or any other geeky, pop-culture genre then you will find something connected to it at York Unleashed!  We have got loads going on to see and do along with lots of activities to join in with.  This is a great comic-con for families of all ages, to have fun with a group of friends or even if you just want to pop along on your own and mingle with like-minded geeks and enjoy the day!”

Who are the special movie guests?

Where can I find out more about the event?

Yes!  These allow you early entry and to queue jump.  Visit our webpage unleashedevents.co.uk

Do I need a ticket to attend?

No, just pay on the door from 11am

Yes, hot food and drink is served all day

Still not sure what a comic-con is and why is it such fun?

Initially comic-cons used to be events focusing on comic books and comic book culture, however, nowadays comic-cons cover a multi-genre entertainment such as films, TV and gaming and have made being ‘geeky’ cool. A comic-con is a brief escape from reality where pop culture, ie sci-fi, superheroes, zombies, fantasy, etc., can be experienced all in one room. You can meet guests from the world of film and TV as well as seeing attractions to admire and interact with. There are geeky traders selling everything from art to collectables, items that you simply will not be able to find on the high street. People of all ages can come along in costume, maybe of their favourite film or comic book character, as it is opportunity to show off your geeky side. Unleashed Events host nationwide comic-cons and we just get bigger and better every year!