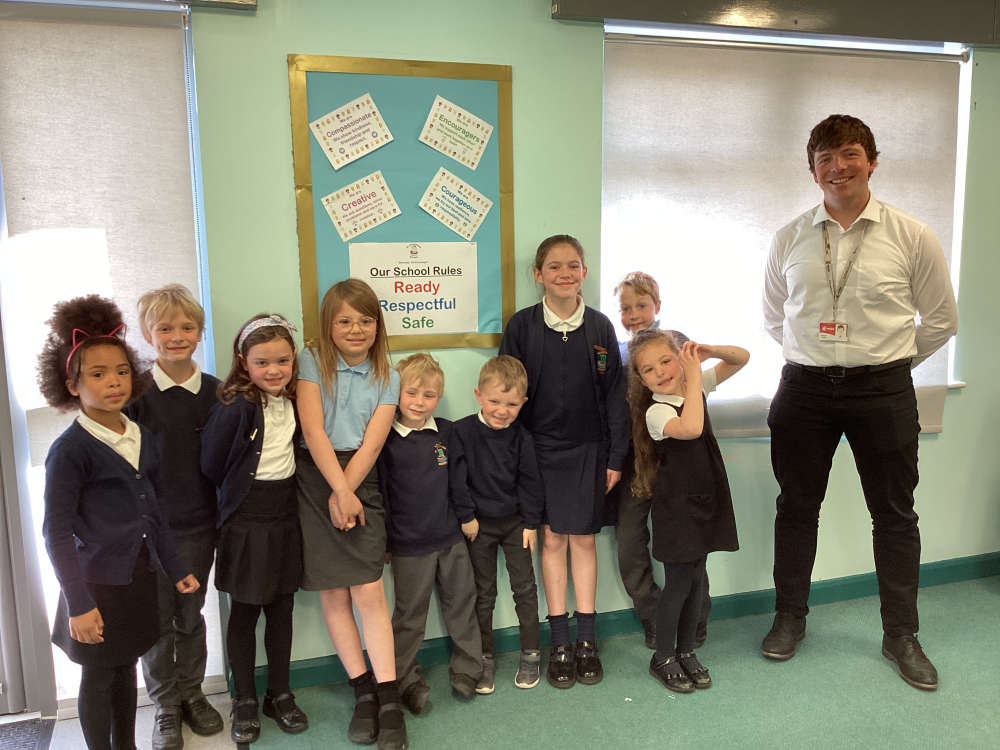 Children at Leeman Road’s St Barnabas Primary School have had a hearty insight into citizenship by voting on improvements to a local park and meeting one of their local Councillors.

Holgate Ward Councillor Kallum Taylor visited the school to ask for the pupils’ help with deciding between two proposals for improvements to the nearby Victoria Park, in the Leeman Road area.

This is a park which the City of York Council (CYC) have been intending to improve for nearly three years now however the scheme has fallen foul of various delays.

Cllr Taylor ran a short assembly to show off the two submissions received by CYC from play equipment providers Kompan and Wicksteed.  He also explained the voting process to the children which operated as a secret ballot to replicate how city-wide and national elections and referenda.

Throughout the day each class came back to the assembly hall to take a closer look at the plans and cast their votes.

Councillor Taylor said:  “It was great to put the final decision on the long-awaited improvements to Victoria Park to the local children.  They clearly enjoyed the exercise and took great care in their choices… I think the turnout might well have been 100% which will hopefully give some eligible voters in our adult population something to think about!”

Head Teacher Miss Karen Boardman said:  “We’re really proud of how much our pupils care about others and their environment. As a school we try to give them opportunities to make a positive contribution to their community and to give their views about issues that affect them. We actively encourage any people, groups, or organisations who might have similar opportunities for our pupils to learn or help shape their environment to get in touch.”

The Primary school also have their own School Council, which pupils are elected to, and who work with the staff to improve the experience of their classmates.  As part of the day, they had a meeting with Cllr Taylor and got to talk with him about all sorts of issues, local and global.

Alick, a Year 4 School Council member, said:  "It was really interesting talking to Kallum.  He's inspired us in our school council. We are looking forward to teaming up with him to do some litter picking in the local area.”

Cllr Taylor added: “The School Council was full of genuinely impressive, and fun, characters.  I will let them off for saying I looked ten years older than I am because it was so clear how much they care about the world around them - be that the streets around the corner, or the planet as a whole.  It was really refreshing and I really hope to work with them on bits in the neighbourhood very soon.”

It is hoped that, pending any supply issues faced by the winning play equipment provider, the improvements to Victoria Park will be in place this summer.