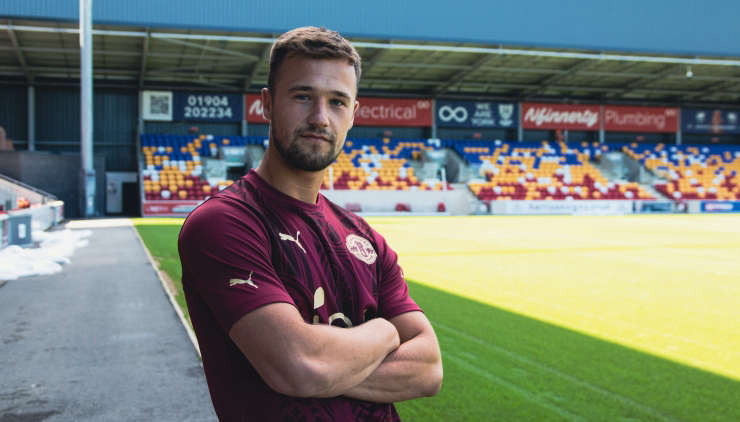 Versatile player Olly Dyson has confirmed his stay with The Minstermen, signing a two-year contract with the National League returnees.

Dyson, who joined York from Huddersfield Town back in 2020, has gone on to appear at right-back, centre-midfield and on the right wing during his initial two seasons in National League North.

Defined as an attacking midfielder, his quality in every position he has played has shown through, and Dyson has been a huge contributor to John Askey’s promotion-winning side.

Claiming the title of ‘top assists’ in the 2021/22 campaign, the 22-year-old’s nine set-ups featuring alongside his two goals will create some expectations for him going into his third season, and he wants to strive to do better.

Dyson’s contract renewal comes after just two others have accepted a new deal - Paddy McLaughlin and Maxim Kouogun both were announced on Wednesday. Only one new signing has been brought in by Askey though, with Scott Boden being the first to agree terms with the club for the upcoming campaign.

Four players are currently contracted for next season, with more expected to be announced over the coming days. Players return to training on July 1st.

Manager John Askey spoke on how he hopes his recruitment pans out and would like a squad size of, “ideally around about 22 players, then we can look at it and see how we’re doing.”