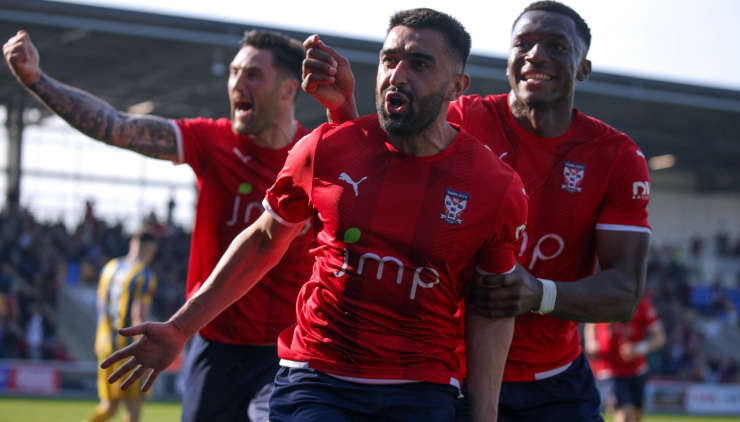 York City are delighted to have reached an agreement to extend the contract of Maz Kouhyar until 2023.

The 24-year-old joined on a free transfer from Hereford in March 2022 and played a pivotal role in the push for promotion, scoring on his debut against Spennymoor Town and then going on to score the winning goal in the Promotion Final against Boston United.

The tricky winger dazzled fans at the LNER Community Stadium and became a fan favourite under John Askey.

Also an Afghanistan international, Kouhyar has recently played his part in the 2023 Asian Cup qualifiers – starting against Hong Kong and then India in front of a crowd of 44,216 and then coming off the bench against Cambodia in a 2-2 draw last week.

He joins Olly Dyson, Paddy McLaughlin and Maxim Kouogun in renewing his contract and will join new teammates Alex Hurst and Scott Boden who have signed for the new season.

The deal is subject to FA and National League approval.