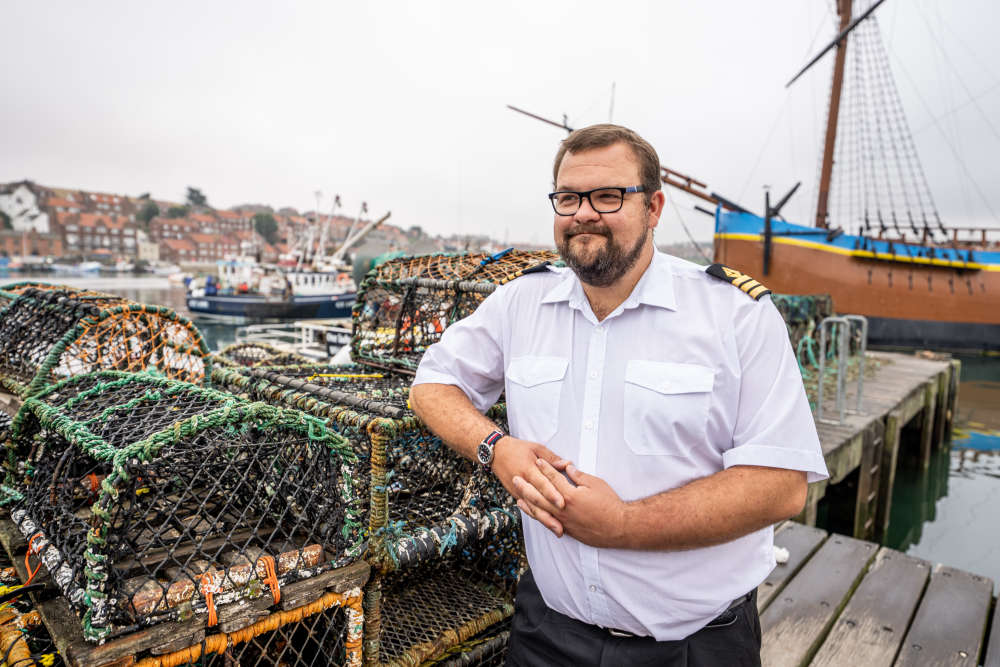 From food demonstrations featuring fish fresh from the boat, to sea shanties and street art, the unique heritage of a successful seafaring coastal town – and the people who continue ancient coastal traditions today – will be on display when the Fish & Ships Festival returns to Whitby on 24 and 25 September 2022.

From food demonstrations featuring fish fresh from the boat, to sea shanties and street art, the unique heritage of a successful seafaring coastal town – and the people who continue ancient coastal traditions today – will be on display when the Fish & Ships Festival returns to Whitby on 24 and 25 September 2022.

Over the autumn weekend, visitors are invited to join the celebration of maritime life, with demonstrations by celebrity chefs including Jean-Christophe Novelli MBE in a giant food village in Whitby harbour, guided tours of a working boatyard, shanties performed by some of Britain’s top maritime musicians, and family entertainment throughout the streets of the town.

“Whitby has gained a reputation as a tourist destination in its own right, but its fortunes were built on the ships that sail in and out of the harbour every day, with a vibrant fishing industry that continues to flourish,” comments Janet Deacon, Scarborough Borough Council head of tourism and culture.  “In fact, the Yorkshire Coast is renowned as the shellfish capital of Europe, with arguably the world’s best crab and lobster landed freshly each day.  It is known for record-breaking sea trout and salmon whilst keeping sustainability at the heart of the industry.  This weekend opens up the world of the fishermen, boat-builders and maritime musicians to the public in a brilliant celebration of Whitby’s vibrant sea-fuelled economy.”

With Whitby’s Magpie Café recently being named best Fish & Chip Restaurant in the country by National Geographic Magazine, head chef Paul Gildroy will be joined by Andrew Barker of Hodgson Fishmongers for a special demonstration in the food village, along with many other local food heroes.  Amongst the other unique displays will be demonstrations of net and lobster pot mending, and some of the remarkable skills involved in preparing fish for consumption, including filleting demonstrations by Andrew Barker, who has twice been named MFS Blocksman of the Year for his exceptional fileting skills.

Internationally-celebrated artist – and local lass - Emma Stothard will be making one of her famous giant wire sculptures of a ‘silver darling’, or herring, for the Festival, to tie in with the premiere performance of Silver Darlings by Richard Grainger, a brand new sea-musical show telling the story of a young Whitby herring-girl at the turn of the 20th century.

Throughout the weekend, visitors will be invited to go behind-the-scenes on guided tours through Whitby’s new Lobster Hatchery, a marine conservation project which is due to open its facility and visitor attraction in the coming months.  When fully operational, it is hoped that the hatchery will return 100,000 juvenile lobsters per year to the North Sea to replace those landed for restaurants around Europe.  Indeed, many of the restaurants in Whitby that serve lobster have pledged a £1 donation to the hatchery for every lobster they use.

Boat builder Parkol Marine will also be offering tours of its boatyard, where the next generation of fishing vessels are under construction.  Whitby’s RNLI Lifeboat House, the oldest in the country, will open its doors so visitors can see the inner workings of the station, whose crew is involved in dozens of sea rescues every year.

2022 marks the third year when the Fish & Ships Festival has taken place, having launched in 2019.  The 2020 Festival was postponed due to Covid, and 2021’s was transformed into a digital festival, with many of the videos of last year’s event still available online on Discover Yorkshire Coast’s YouTube channel.

For full details of the programme for the 2022 Whitby Fish & Ships Festival, please visit discoveryorkshirecoast.com