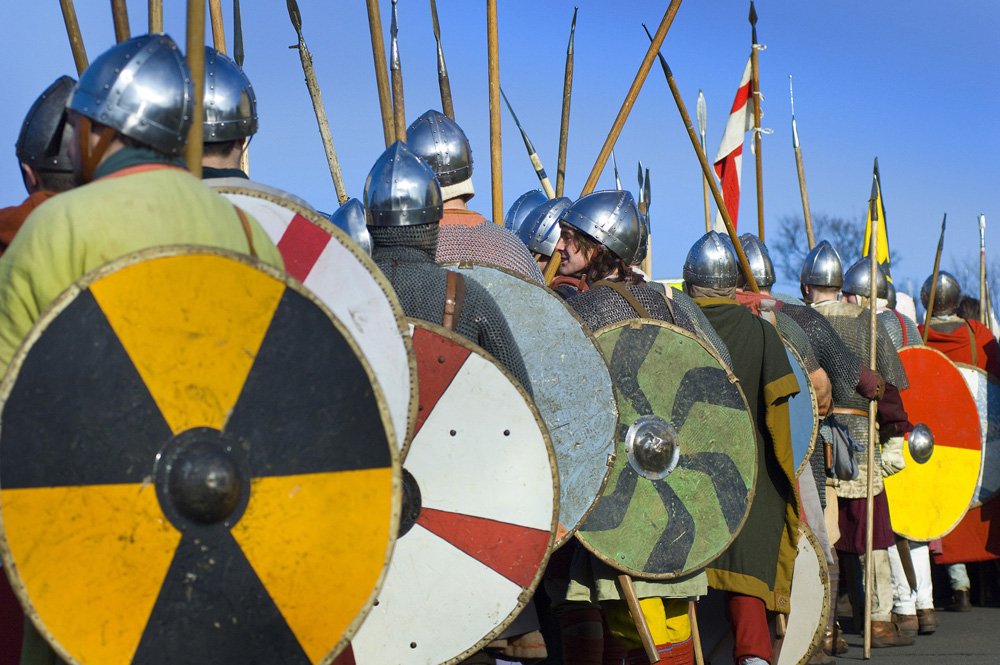 Viking hordes from every corner of the globe are set to descend on York once again next February with the return of JORVIK Viking Festival, Europe’s largest celebration of Norse culture and combat.  The 2023 Festival is set to run for nine days, from Saturday 11 to Sunday 19 February at an assortment of venues around the city.

Viking hordes from every corner of the globe are set to descend on York once again next February with the return of JORVIK Viking Festival, Europe’s largest celebration of Norse culture and combat.  The 2023 Festival is set to run for nine days, from Saturday 11 to Sunday 19 February at an assortment of venues around the city.

“We’re very excited to be announcing a return to the February half term for 2023, when we’re expecting hundreds of Vikings once again to grace the city centre with living history, pageantry and, of course, live combat in the very place where their ancestors settled over 1000 years ago,” comments Gareth Henry, head of events for York Archaeological Trust, which organises the annual celebration.

February has been the traditional date for the Festival since it was first launched in 1985, marking Jolablot or the end of winter, but with the 2021 Festival switching over to a digital event due to the pandemic and 2022 moving to later in the year in May, this will be the first time since 2020 that the Festival has taken place in February.

A full programme of events will be revealed in the New Year, but tickets for two of the most popular events – the Viking Feast on Saturday 11 February and a thrilling evening Battle Spectacular on Saturday 18 February, will be available online at jorvikvikingfestival.co.uk from 9.00am on Friday 25 November 2022.

“We are particularly excited for the Battle Spectacular event, which we’ve been planning since 2019!” adds Gareth.  “Bad weather forced the cancellation of our Saturday evening event in February 2020, so we are finally going to be able to share this show as part of the 2023 Festival – and we are confident that the audience will love it.”

Although full details of the Festival remain under wraps, other key events that visitors can expect to see return include the 10th Century Traders market, living history encampment on Parliament Street from Monday 13 to Saturday 18 February and an epic column of Vikings making their way through the city centre for the March to Coppergate on the afternoon of 18 February.  The Richard Hall Symposium will take place on Sunday 19 February as an entirely digital event.

For many Viking re-enactors, this is the first major event of the UK re-enactment season, and one of the longest running events in the country, so organisers are confident of a high number of Norse men, women and children taking part in 2023.  “With so many re-enactors expected, we do anticipate that key events during the Festival will sell out, so encourage visitors to book as early as possible to avoid disappointment.  Joining our JORVIK Viking Festival mailing list ensures that you hear first about when tickets will be available to purchase,” advises JORVIK Viking Centre’s marketing manager, Lisa Wood.  “We are also expecting JORVIK itself to be particularly busy, so prebooking a timeslot there is strongly advised, too.”