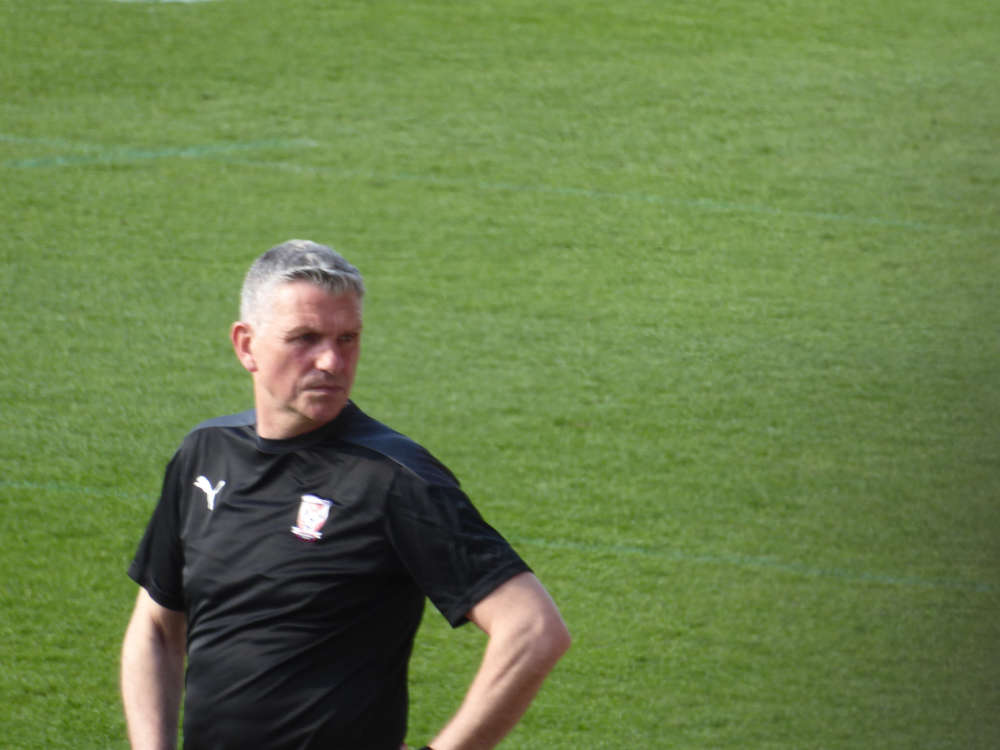 ​​​​​​​The shock termination of Askey's contract,  comes after a string of six league games without a win, despite sitting in 12th place on their return back to the National League, considered a success by many City fans.

The shock termination of Askey's contract,  comes after a string of six league games without a win, despite sitting in 12th place on their return back to the National League, considered a success by many City fans.

Askey also celebrated a year in charge of the club on Sunday, recording 27 wins throughout that period.

A statement from the football club released on Tuesday morning reads: "Following a number of discussions between the board and John Askey in recent weeks, York City Football Club has today decided to part company by ending his contract of employment.

"Given John’s popularity and his incredible success last season, we understand that many fans may be upset and confused by this decision. However, after taking numerous factors into consideration the board are confident that it is in the best interests of the football club.

"Recruitment of a new manager will commence immediately, and we aim to make an appointment by the end of the month. An interim manager will be appointed from within the club’s existing staff, with a further announcement due shortly.

"We are eternally grateful to John for his efforts to help us gain promotion last season and wish him the very best of luck in his future career."

The former-Macclesfield and Port Vale boss lead York to an unlikely promotion last season, through the playoffs, being regarded as a 'hero' due to that.

John Askey took over at the LNER Community Stadium last November on an interim basis, following the departure of predecessor Steve Watson.

A bumpy start to his tenure left City in a mid-table position in the National League North in January.

However, things began to look up, as the Minstermen went 12 games unbeaten, regaining momentum in the playoff race.

During that time, an impressive FA Trophy run saw the North Yorkshire outfit reach the semi-finals, with a brilliant penalty shootout win at higher league Dagenham & Redbridge helping them achieve that.

A playoff spot was guaranteed following victory in the penultimate game of the 2021/22 campaign, but it went right down to the wire for a 5th-place finish, meaning Askey's side would play at home in the first knockout.

Wins over Chorley and Brackley saw York into the promotion final, where they hosted Boston United in front of a sell-out crowd.

An emphatic 2-0 result confirmed promotion back to the National League after a five-year wait, an emotional day for fans of the club.

The start that to the new season the Minstermen underwent wasn't bad at all, as an opening day win at Woking set the tone. Settling in and around the playoffs for most of the time, City have recently suffered a poor run of results.

Currently six league matches without a single victory, they were hoping to put an end to that form on Saturday, when Wealdstone are set to pay a visit, although no one will have expected the huge news that enfolded in the lead up.