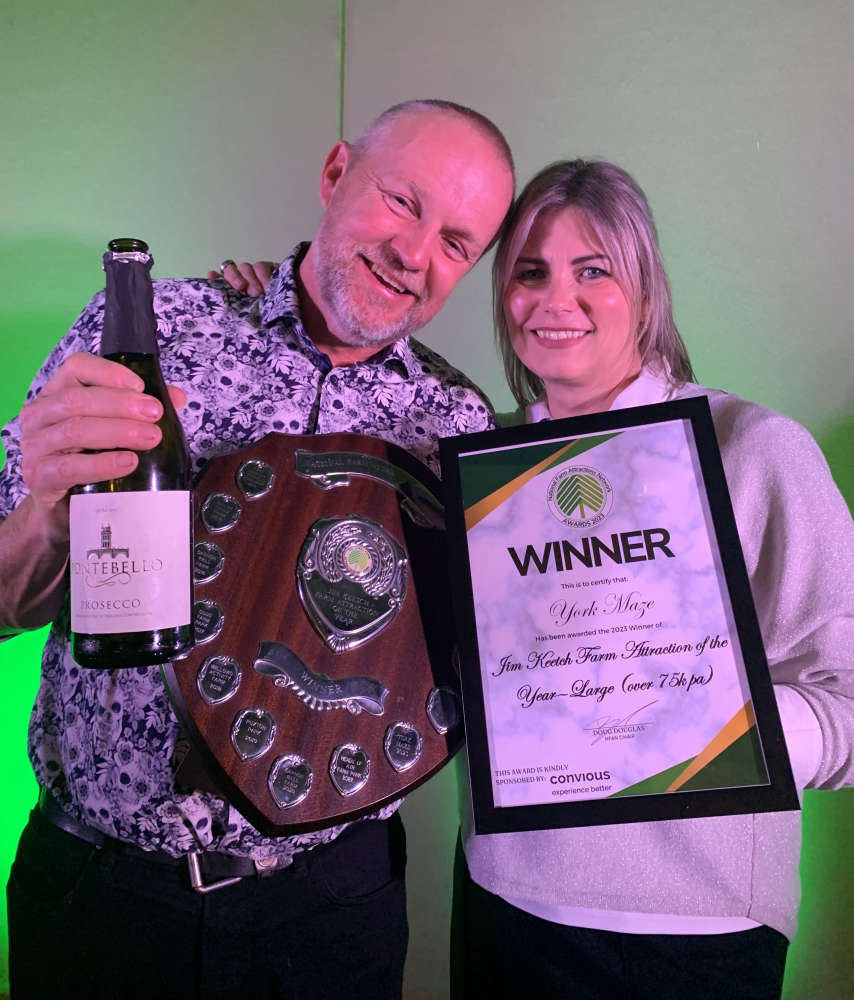 Tom & Lisa Pearcy with their award

Jules Hudson said: “I’m so impressed by the high standard of entries to this year’s awards which reflects the innovation and ambition of the sector. It was a tough decision for the judges and on behalf of NFAN, I’d like to thank them for their time and effort. It’s a real honour to present these awards to such worthy winners.”

Paul Kelly from British Association of Leisure Parks, Piers and Attractions (BALPPA) who judged the Large Farm Attraction of the Year said: “One of my highlights of 2022 was the opportunity to visit the finalists in the large attraction category. Without exception it was a pleasure to be in locations that are so focused on the enjoyment of the customer. This year’s standard was the highest I have seen since I have been asked to play a part in the judging process. All those involved should be very proud to be shortlisted and the winner’s achievement should be proudly displayed for all to see.”

The Judges were impressed with the range of facilities at York Maze, value for money, good staff interaction, ease of booking and great atmosphere on site. They highlighted the adoption of new technology and the attention to detail on customer service.

Tom Pearcy, York Maze owner said, “We are honoured to receive such a prestigious national award. To be recognised as the best farm attraction in the UK is a tribute to our amazing team who conistently work to make sure every single visitor has an amazing experience! We have some exciting plans for this year and a new maze design to reveal when we re-open in July.”

York Maze is the creation of local farmer Tom Peacy and covers 15 acres (8 football pitches) in size, it is the biggest and most visited maize maze in Europe and one of the biggest in the world. Over 1 million maize seeds are planted in April and GPS technology is used to create the intricate pattern of pathways which from the aerial design. By the middle of July the maize plants will have grown to 2m tall and the maze can open for visitors to get lost!